Bluelake Mineral is active in exploration and mine development within copper and zinc in Sweden and Norway. The main projects consist of Swedish Stekenjokk and Levi and Norwegian Joma. Bluelake Minerals’ abjective is to restart mining operations in these projects and estimates that the remaining resources will enable operation for a minimum of 15 years.

Impact assessment reports which are part of Norwegian zoning plan:

Impact assessment reports which are part of Swedish application for exploitation concession:

The Swedish subsidiary Vilhelmina Mineral AB (publ) is active in exploration and mine development in the Nordic region with a focus on base metals, primarily copper and zinc. The goal is to develop the current deposits and start mining operations within the next few years. The main projects consist of the Swedish projects Stekenjokk and Levi in ​​Västerbotten and the Norwegian project Jomafälten located in Trøndelag. During the period 1976 to 1988, a total of approximately 7 million tonnes of ore was mined by operator Boliden in Stekenjokk. It is estimated that there is a remaining indicated mineral resources of approximately 7.4 million tonnes with concentrations of 1.17% copper, 3.01% zinc and 47 gram per tonne of silver (at cut-off content 0.9% copper). For Stekenjokk and Levi, an application for a exploitation concession has been submitted to the Swedish authorities. According to the application, underground mining will be conducted in the winter in Stekenjokk and the ore will then be transported to Joma for processing and tailings handling. 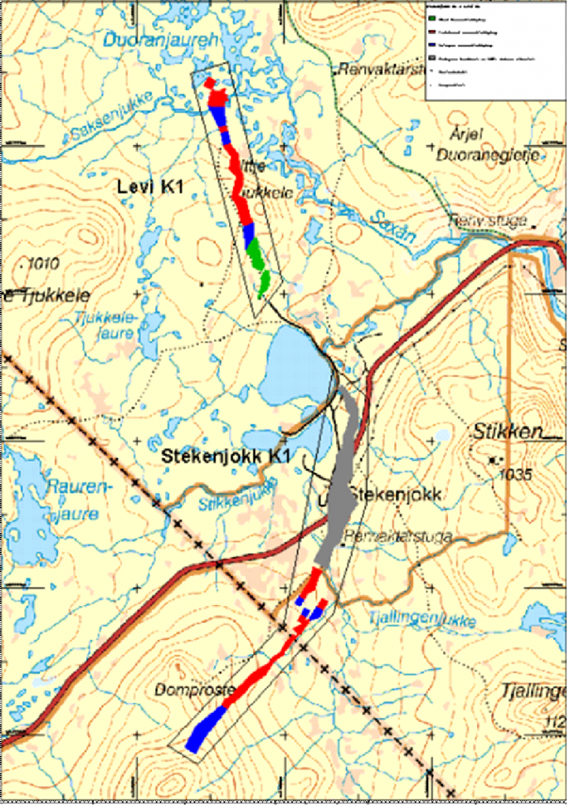 Overview map of Stekenjokk and Levi.

In Norway, the subsidiary Joma Gruver AS owns the rights to the Joma field located in the Norwegian municipality of Røyrvik in the county of Trøndelag in the Namdal region of Norway. The project is located about 60 km southwest of Stekenjokk. The Joma field contains, among other things, the former mines in Joma and Gjersvik, where the company Grong Gruber AS, during the operating period 1972 to 1998, produced about 11.5 million tonnes of ore with an average content of 1.49% copper and 1.45% zinc. The Joma field (excluding Gjersvik) is estimated to contain an additional indicated mineral resource of approximately 5.7 million tonnes of ore with concentrations of 1.55% copper and 0.82% zinc (at cut-off content 0.8% copper). For Joma and nearby areas, a “right of extraction” (2017, the first step in the Norwegian equivalent of a processing concession) or exploration permit has been held since 2017. The business is organized via the Swedish parent company Vilhelmina Mineral AB (publ) and the 100% owned Norwegian subsidiary Joma Gruver AS. 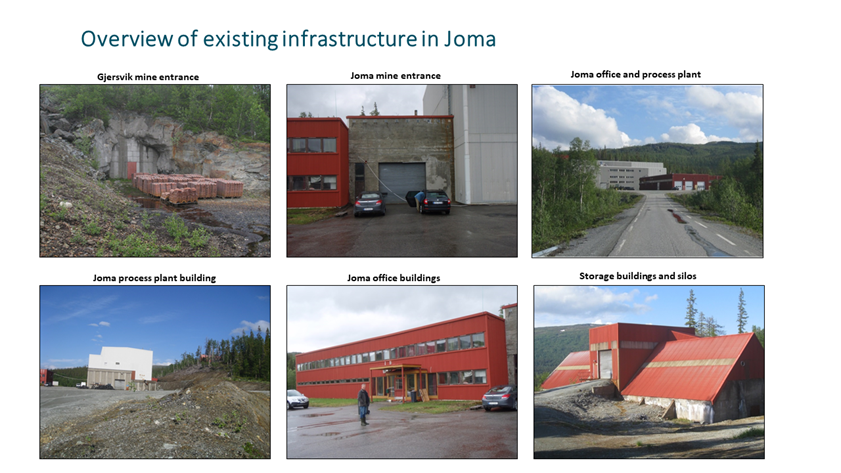